Neuromarketing is the application of Neuroscience to traditional marketing in order to investigate consumer behavior in response to a stimulus. Traditional market research analyzes only the rational part of your consumers’ decision-making processes. However, 95% of purchasing decisions are made irrationally. This means that today you only know 5% of your potential customer. Neuromarketing allows you to understand the unconscious decision-making processes, which are behind the Choice and which are responsible for most purchasing decisions.

Neuromarketing has no limits. It can be applied to anything functional to corporate goals. This is because companies live and prosper thanks to the relationship they have with their consumers and the only way to offer them a useful and engaging service/product is to learn about them. NeuroWebDesign helps you understand your consumers by analyzing their emotions, their behaviors and feelings in response to your communication. We apply neuromarketing in the following areas:

Eye Tracking allows you to monitor and record the user’s eye movement while surfing the web or watching an image or video. It is able to accurately capture how long an area of your interface is viewed, after how many seconds comes up to the user’s radar and in which order the different zones of an interface are viewed.

Using Eye Tracking in a usability test determines the elements of success and weaknesses of your website. This type of information can rarely be collected through more traditional web analysis tools (Google Analytics, mouseflow, etc …).

The EEG (or electroencephalogram) is a device that records and measures the electrical activity of the brain through intricate electrodes positioned on the head of the tester subject.

The EEG allows you to measure and record the emotions and moods (concentration, stress, calm, fun, etc…) of a user who surfs a website to optimize and elevate his User Experience.

We conduct our usability tests on users of different age, gender, nationality and web skills. Who, during the test, once in a comfort-zone, are invited to complete predefined objectives.

GSR: The intensity of the Emotions

The Galvanic-Skin-Responce (GSR) is a tool capable of detecting changes in the activity of the sweat glands, which reflect the intensity of the emotional state of the study participants. The GSR is a further source of information on the level of emotional excitement, to validate the data obtained from user-test, packaging or video advertising tests. The triangulation of data between electroencephalogram, eye tracking and GSR allows us to have a specific and objective picture of your consumers’ behavior in response to your marketing activity.

IAT: What the consumer thinks but does not say

The IAT (Implicit-Association-Test) allows to measure what is implicit without the involvement of the rationalizing process. In simple words, it is able to grasp what the consumer thinks but does not say.

For example, it can be a preparatory tool for verifying the associations of brand values in the consumer, in response to a stimulus (image, logo, video, etc.).

Users are called upon to instinctively respond to very short and concise questions that are asked. The difference in response times and in the number of errors in the execution of the blocks of which the IAT is composed, are useful metrics for measuring the relative strength of the association, for example, of a logo to a value rather than to another (and vice versa).

Ask now for a

Ask now for a 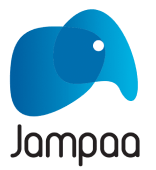